The Travelling Cat: Doha via London to Dublin, 2012 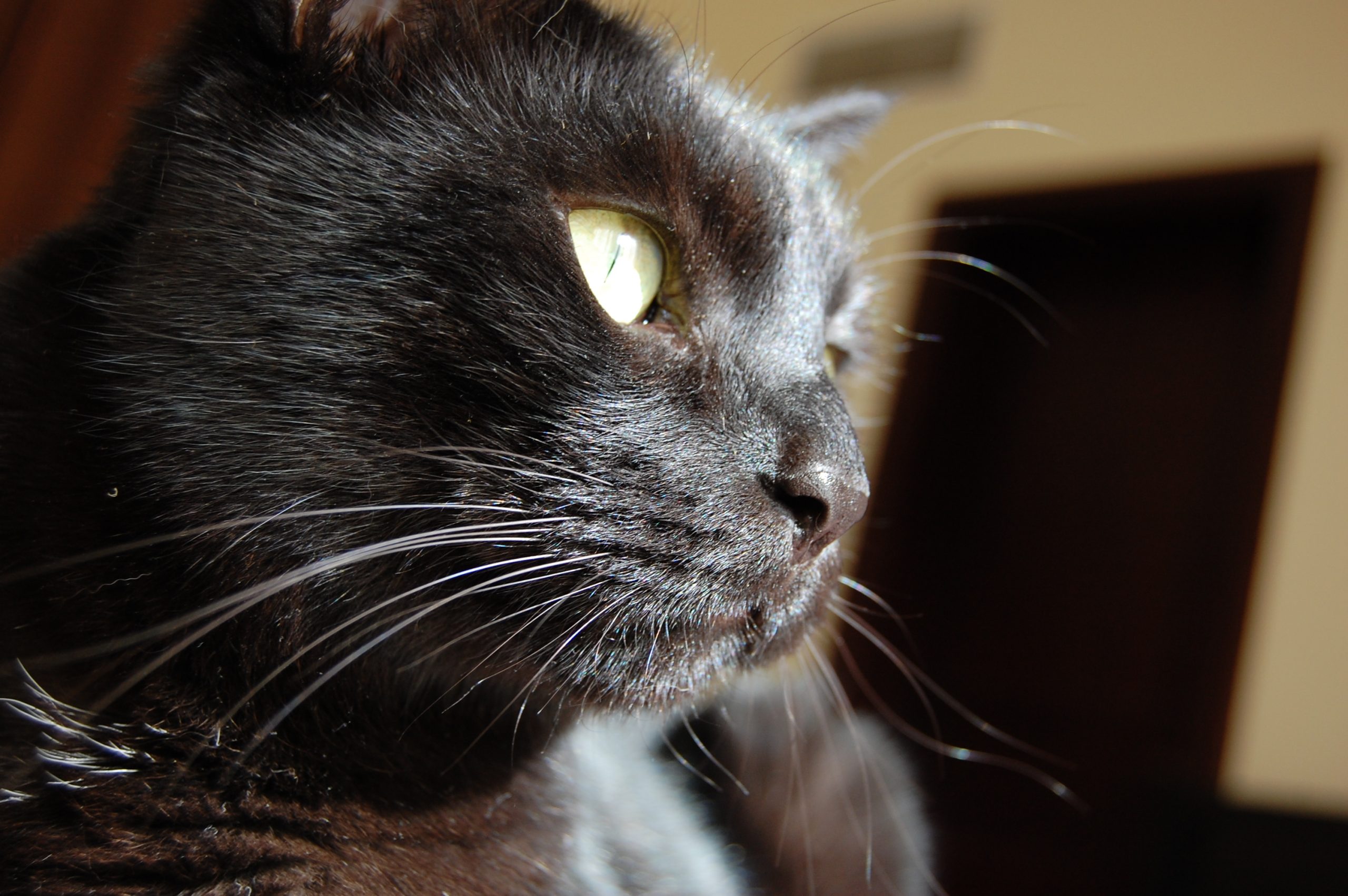 Today, we will hear the fascinating story of Petal and Omar. They travelled from Doha, Qatar to London and then on to Ireland.

It is apparently a bit of a complicated procedure, but their humans Kirsty and Bob were very determined to relocate to Ireland with their feline family members.

I chatted with Kirsty by email and she said,

“Sadly it was all too common to see notices up in the vets’ office and supermarkets in Qatar saying ‘We’re leaving and can’t take our pets, please give them a home’. It made us all the more determined to bring ours back with us. As soon as I could, I started saving a cat-relocation fund in cash, in case our bank accounts got frozen!”

This is inspirational! Only if more humans take the welfare of their cats so seriously!

Let’s have a look at their story…

Doha to London Heathrow, then onward to Ireland by road and ferry a few weeks later

In Qatar: The Veterinary Surgery, Bin Mahmoud, Doha (for paperwork only)

2. What kind of work did you have to do with vet before your cat was cleared for travelling?

We had to have a rabies serology test done on both cats to ensure they had the right amount of rabies antibodies in their system (they were already vaccinated against rabies as part of their yearly vaccinations). This had to be done at least a month after the vaccination was administered.

We were lucky that the quarantine rules for Britain and Ireland changed in January 2012. Had the cats travelled before that date, they would have needed 6 months’ quarantine. We had plans in place to send them to live with a friend in Belgium for 6 months instead, had it been necessary.

4. How did you travel to your destination? Which carrier did you use?

5. How did you book your cat with your carrier? Any specific requirements?

My husband was leaving employment with Qatar Airways so he booked the cats’ flight directly with the airline instead of through our agent. We took the cats in their boxes to the cargo offices a couple of days before the date of travel so they could be weighed and measured. The staff created the air waybill and checklist, and we paid for the flight.

(NB I think the rules changed just afterwards so cargo flights had to be booked by a recognised cargo agent, rather than by individuals)

We bought IATA-approved carriers and made sure they fit the requirement for the cats to stand, sit and turn through 360 degrees, which is more space than humans travelling in economy class get.

We put a thick towel and an old t-shirt that smelled of us into each box. We also attached hamster-style drinking bottles to each box door (the kind with a spout and valve) – less likely to spill than a bowl.

7. What were the logistics on travel day?

We were required to bring the cats in their boxes to the Qatar Airways Cargo offices at the old Doha airport, four hours before the flight.

Once there, the cats and boxes were weighed and measured, checked in, and whisked off to the DOH airside animal facility where they would stay until the flight was loading.

I used to run the animal facility at DOH so I knew the people working there and in the cargo offices, and consequently wasn’t too worried about the procedure. It took a lot of time, and of course we were nervous about seeing the cats off on their journey, but on the whole it was relatively hassle-free (nothing in Qatar was ever 100% free of hassle). But our history of working at the airport and for the airline meant our cats had VIP treatment at both ends.

No idea! They meowed a lot in the car on the way to the airport but that was normal for them. They were quieter once out of the car. When they reached their final destination, their bedding had been changed, so they both must have peed, pooed or spewed at some point in the journey. That’s not surprising, as it was a seven-hour flight and they were in their boxes for several hours before takeoff.

10. Any further inspection or procedure on arrival before you could take your cat home with you?

Our UK agents had to get the relevant paperwork before the cats could be released to them. That meant checking their rabies blood test results and the customs forms.

Our agents collected the cats from LHR and took them to my mum’s house in Sussex. She showed them to us on Skype (we were still in Qatar at that point), then took them to the Alpine Hotel for Cats in Ashurst Wood, UK. The cats stayed there for about seven weeks while we moved out of Qatar and found somewhere to live in Ireland.

Once we had a house in Ireland, I rented a Transit and took the ferry to the UK, where I picked up a load of furniture and the cats. They were stuck in their boxes for another nine or ten hours. They had to stay in their boxes in the back of the van during the three-and-a-half hour ferry crossing from Holyhead to Dublin, but that was probably less stressful for them than being taken into the unfamiliar environment of the passenger lounge.

On arrival at LHR, our agent emailed saying ‘They are both curled up together in a cattery, a little shell shocked, but they are all ok.’

They soon settled in at the Alpine Hotel for Cats. It was their first time seeing grass, trees and rain.

They were fine after the van and ferry journey to Ireland. We let them out of their boxes and confined them to one room overnight. Within an hour or two they were their usual selves and having a good sniff around their new home.

12. How much did it cost in total? Can you provide a break down if you don’t mind?

Boarding in UK: no record, sorry, but we did get a reduced long-stay rate

Van rental and ferry crossing: about €1300

13. Any other information you think other cat people should know if they want to do the same journey?

It’s counter-intuitive, but it’s much better to send animals as cargo rather than excess baggage. Cargo staff are more likely to have had special training in handling animals than baggage staff. Also, never sedate a pet for travel. Some airlines won’t accept sedated animals, and it’s against the IATA Live Animal Regulations.

Thank you very much Kirsty for sharing your amazing story with us today. If she can get two cats out of Qatar I think we can travel with a cat ANYWHERE!

Have you made similar journey? Have you travelled with your cat(s) internationally? We need to hear from you.  Your stories might give helpful insight to other cat people who are making the same journey. Altogether, we can make effort to make sure less cat(s) left behind. Knowledge is power. You don’t have to worry about the writing. We will send you a questionnaire like the one above, you just need to answer them. Please be in touch!
← Trick of the trade: always lock ALL doors behind you Cats in the (Dublin) City →

Every year, hundreds of cats are being left behind when people relocate to another country. The Travelling Cat Project...

END_OF_DOCUMENT_TOKEN_TO_BE_REPLACED 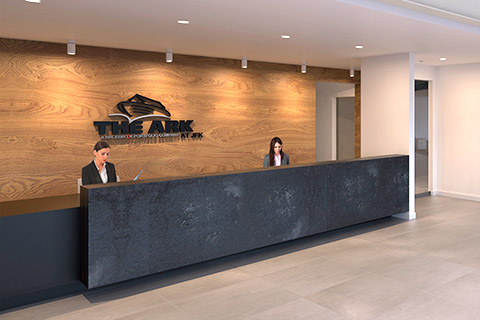 The ARK Pet Oasis at JFK

Those of you guys who have been reading my blog for a while knows I have travelled with my cat Larmlarm for over...