Who is Alice The Cat Expert?

Growing up, she didn’t know she would scoop cat poop for a living…

Alice Chau-Ginguene is a Cat Behaviourist, writer, educator and advocate. For over a decade, Alice has worked with thousands of cats and their humans, to educate and to find harmony in their living space. When she is not working with cats, she is writing about cats.

She believes most of the cat “problems” are not really problems, but rather a misunderstanding between cat and human sharing a living space, and a solution can be found through education.

She is the founder the longest standing, award winning pet sitting business in Dublin – Maow Care and the founder of Ireland’s first cat-centric festival Dublin Cat Fair. She is also a Pet First Response instructor and Missing Animal Response Technician. She has been featured on numerous media both in Ireland and abroad. She has been recently featured on RTE documentary – One Day: Keeping Ireland Company

Alice speaks English, French, Cantonese and Mandarin, she can serve you in all of these languages. She also has Level 1 on Irish Sign Language.

She is married, a mother of one human and two cats.

Fun fact: She has travelled 10627.48 km over the years together with her cat Larmlarm when they moved from Hong Kong to Paris, then to Dublin.

You want to know how she became a cat sitter? Her journey started here….

Alice’s other CDP trainings include:

RTE Documentary: One Day – Keeping Ireland Company
(Click on the image to watch) 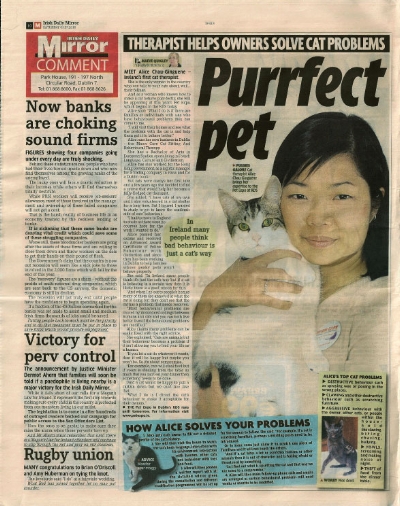 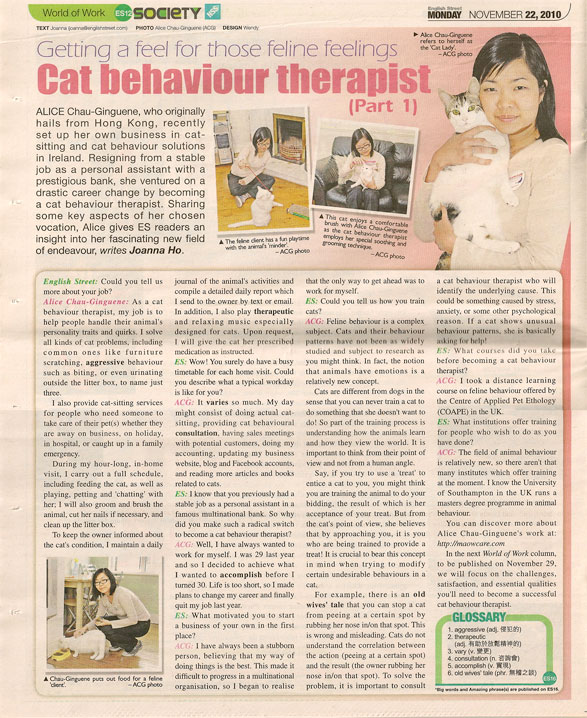 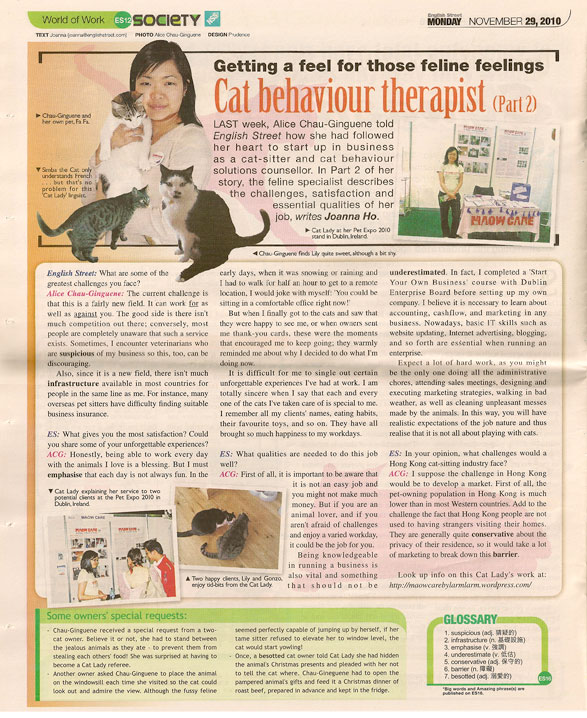 Radio Interview - You Talkin To Me